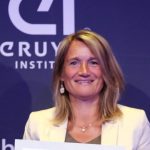 Training & coaching in nature. I use sport & exercise (movement), mindfulness, nature as a mirror, health & vitality as a tool for coaching and training. For individual or group/team sessions.

Talent coach of U14 girls Limburg and Eindhoven.
Assistent coach of Regional Training U12 boys

Training U13 boys and girls. Presentation “train the trainer” for trainers at SV Oase.
Paramaribo – Suriname

Every where I go on holiday or travel abroad I try to mean something for the people up there, making real connection, in combination with sports.
especially in countries like Suriname, Tanzania, Ecuador. But also in the United States where my daughter studies and plays soccer.
These experiences and feelings make sure I live to the fullest. They are priceless! That’s all I need in return.

I worked for several soccer organisations as trainer/coach – volunteer at; VV Berg, SV Meerssen, VV Scharn, KNVB, SV Oase and SV Voorwaarts (Suriname).
I did internships at Adelante mytylschool for sports and at Handball club IASON. I also was a trainer/coach for youth there.

During my college/highschool period I was a ski-instructor & cross country ski instructor for Dutch schools in Austria and Switzerland.

I ski every year since the age of 6 and I will stop until I die. Freedom in the mountains!

I love snow very much, as the sun as well.
Duality or polarity is in every human being. I feel it in every fiber of my body.
It keeps the spirit alive!

Professional and proficiency in the practice of liminous healing and energy medicine according to the medicine wheel of distant ancestors and shamans.

REIKI I base course

Through Reiki you become aware of the energy channel you have. It increases your awareness, personal development accelerates and sharpens your intuition. Physically Reiki brings peace and relaxation. It stimulates the self-healing capacity and calms the nervous system. And more. By Essential Movements

Using nature as a coach, a mirror. You find your own wisdom through nature.
Wisdom inspired by ancient natural wisdom traditions including Native Americans, Celts, Aboriginals
* spiritual roles wise women fulfilled in our history (herstory) of 40,000 years (Old Europe)
* BLOOM method (c) as ancient and contemporary cyclic model for development and growth
* dis-cover and find your inner wise (wo)man
* finding your own power place in nature
* create your own power object with natural materials
* develop themselves and perform personal and activating ritual
* translate your personal, unique spiritual tools at your own life and work

The Shiatsu basic course forms a whole in itself and you will be able to get a full body treatment (back, legs, feet, arms, hands, shoulders, neck, head and face) give to friends, children and others.

You get a maximum of practical exercises and the necessary theory with the basic concepts of yin and yang, biological evolution, the link between our physical and mental health, and new insights into the dynamics and balance in our diet.
– exert the correct operation of pressure, and the relationship, and in response to the autonomic nervous system.
– Study of the yin-yang philosophy, biological evolution, the relationship between food and health.
– New insights into body structure and culture with such okido Yoga, Do-in and other exercises.

It’s a self-development study. You get insight into your own strenghts as a coach (that you develop during the program), and those of your athletes, for a better understanding of yourself and your players/staff, in order to improve performances. You develop a unique coaching style and are able to use put this style into practice.
Leadership, coaching and team dynamics. Building “succesful teams). Profound understanding of personal coaching style,. Continuous reflection on behavior and actions. The ability to execute professional coaching sessions (individual/team). Performance coaching, helping others to reach their full potential. The ability to coach in any situation: winning, loosing and under pressure. The ability to effectively handle the environment, including the media; professional communication skills.

A travel to your potential out of authentic leadership. @Essential Movements

This website uses cookies to improve your experience while you navigate through the website. Out of these cookies, the cookies that are categorized as necessary are stored on your browser as they are essential for the working of basic functionalities of the website. We also use third-party cookies that help us analyze and understand how you use this website. These cookies will be stored in your browser only with your consent. You also have the option to opt-out of these cookies. But opting out of some of these cookies may have an effect on your browsing experience.
Necessary Altijd ingeschakeld
Necessary cookies are absolutely essential for the website to function properly. This category only includes cookies that ensures basic functionalities and security features of the website. These cookies do not store any personal information.
Non-necessary
Any cookies that may not be particularly necessary for the website to function and is used specifically to collect user personal data via analytics, ads, other embedded contents are termed as non-necessary cookies. It is mandatory to procure user consent prior to running these cookies on your website.
OPSLAAN & ACCEPTEREN